Binance Coin was shedding value rapidly but it remained to be seen if this was a pullback in an uptrend or if recent gains made would all be wiped out. The bearish momentum for Stellar Lumens grew, while Zcash presented a mixed bag of evidence that hinted at the possibility of a quick recovery.

The 20 SMA (white) had crossed 50 SMA (yellow) to the downside and took a dive after recent losses. Parabolic SAR also gave a sell signal and indicated a strong downward momentum.

100 SMA (pink) can act as resistance to the price. However, 50 period moving average stayed above the 100, highlighting the uptrend prior to the drop.

It remains to be seen if the recent move is a retracement of gains made, or whether the gains would be wiped out in another wave of selling pressure.

In related news, Binance announced the distribution of the second batch of staking rewards for the month of August. 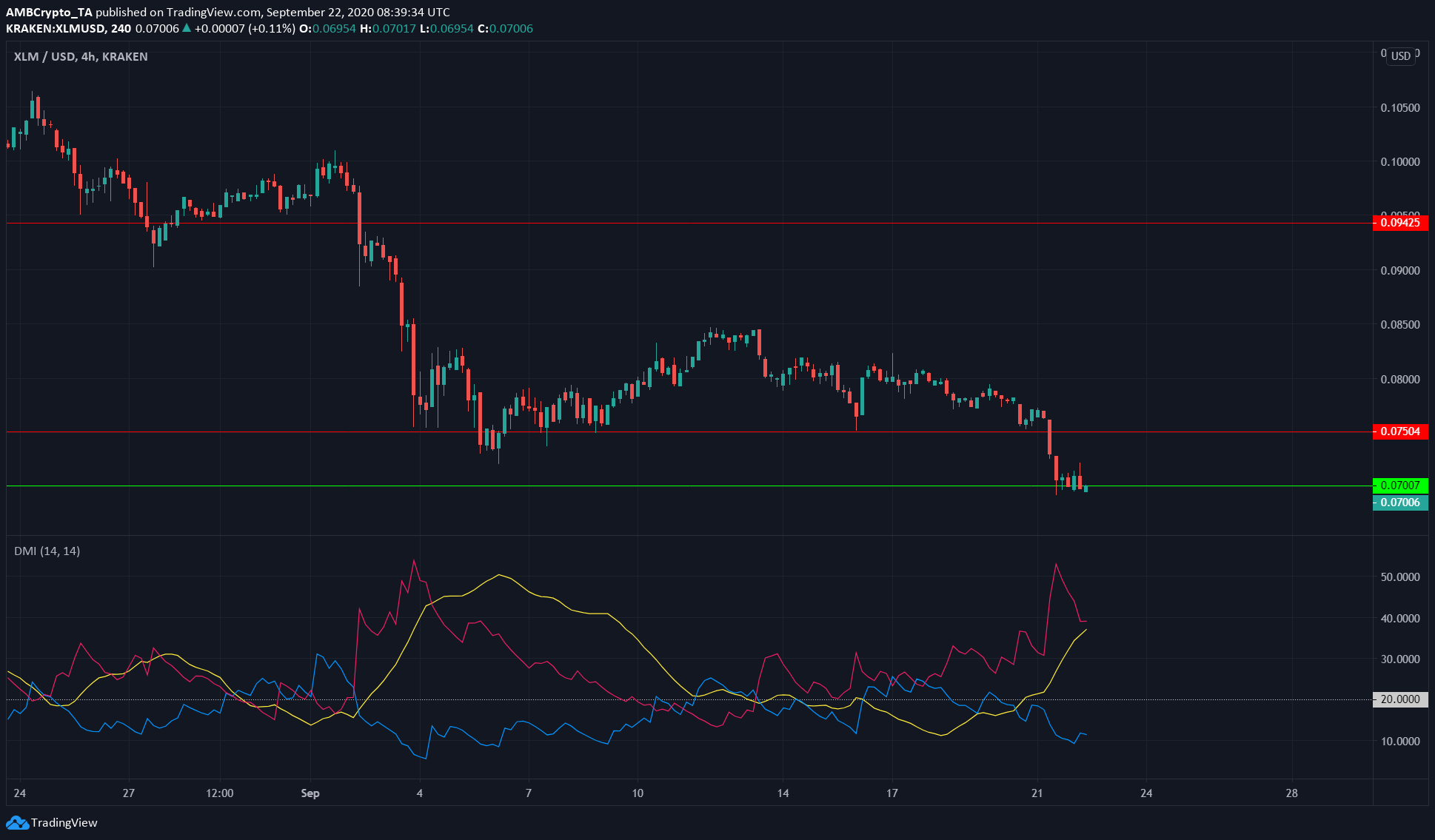 Stellar Lumens continued to succumb to bearish pressure and looked set for further losses after reaching a yearly high in August. It was trading at the level of support at $0.07 but was likely to drop.

Directional Movement Index had shown a strengthening bearish trend just before XLM’s recent drop, and ADX (yellow) surged to signify the strength of the bear trend as -DMI (pink) soared alongside. 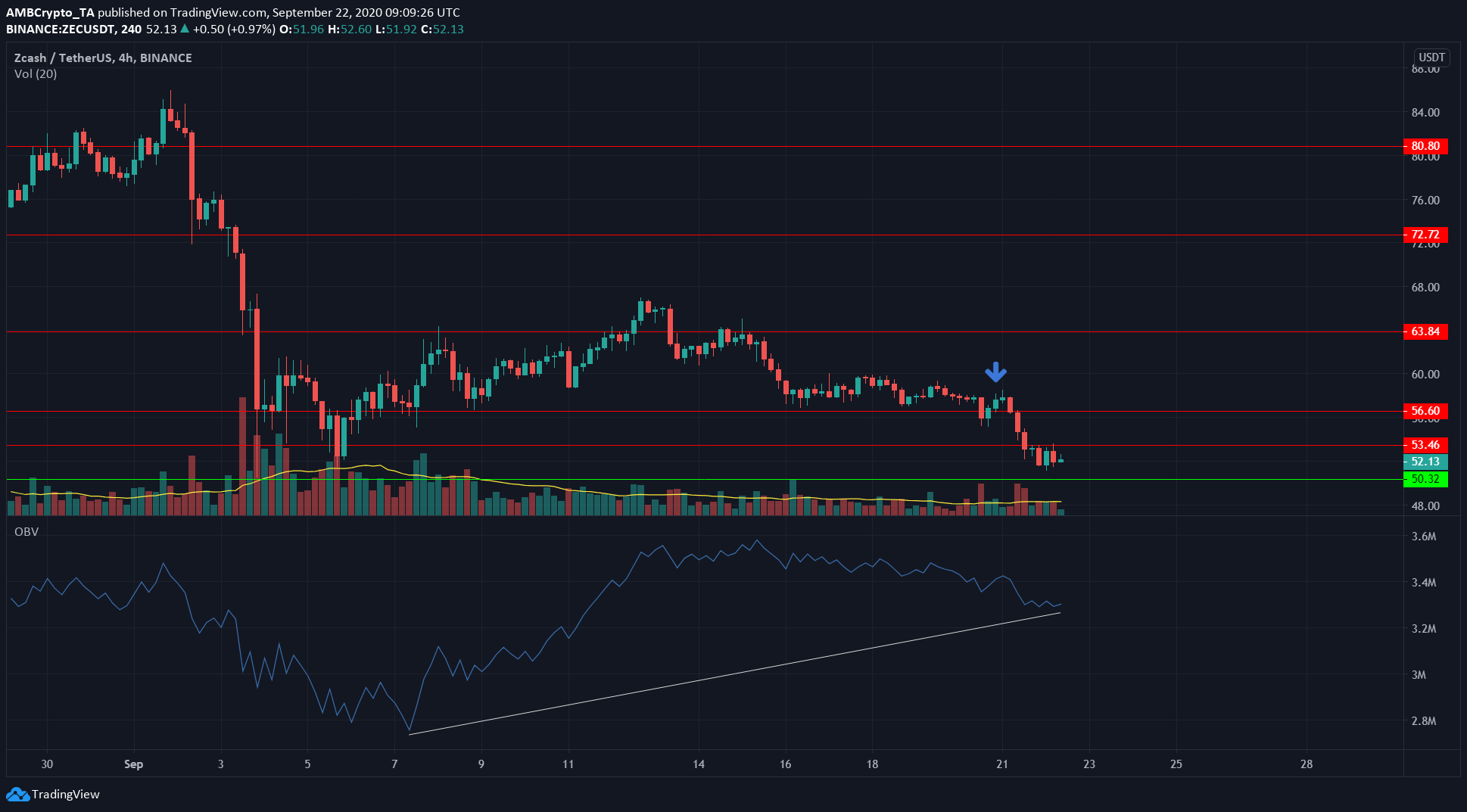 As shown by the blue arrow, the price bounced just prior to the recent price dive. It was confirmed to be no more than a bounce, as it did not occur on good trading volume, suggesting that bulls simply did not have a say in the market.

ZEC has also lost multiple levels of support in September, from $80 down to $53, and is likely to see further losses.

However, the OBV painted an optimistic picture for ZEC. Highlighted in white, we see that ZEC has been bought (white) far in excess over the past couple weeks compared to ZEC sold (purple), from the $66 mark a few days ago.

This bullish divergence could prompt buyers to step in, and if OBV breaks out to the upside past the down trendline, the price could soon follow.

Binance Coin Isn’t The Only Exchange Token Worth Exploring • CryptoMode