Bitcoin: Mother Of All Bubbles, Or Revolutionary Breakthrough 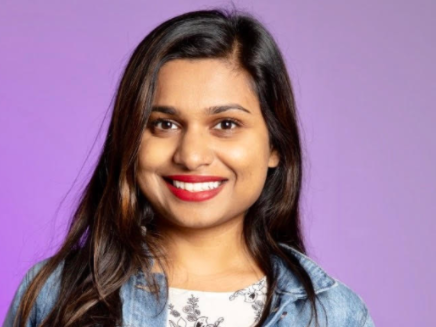 Nikki Beesetti paid for a semester’s tuition with a single Bitcoin she bought in 2017.

If you think America’s politics are polarizing, consider Bitcoin. The price of a single Bitcoin today hovers around $50,000. Ten years ago, in its infancy, it was around a buck. The digital currency’s meteoric rise has minted millionaires and energized true believers around the world. That’s only convinced skeptics that Bitcoin is the mother of all bubbles.

In recent weeks, the price of Bitcoin has been driven higher following highly publicized investments from the carmaker Tesla and the life insurer MassMutual. Banks, MasterCard and the auction house Christie’s have all opened their doors to this kind of cryptocurrency, bringing it closer to the financial mainstream.

Before corporate America tiptoed in, there were people like Nikki Beesetti fascinated by Bitcoin’s promise. In 2017, Beesetti was an engineering major at Purdue University, facing typical college pressures, teaching on the side.

As an engineering student, she was curious about Bitcoin’s technology, its innovative design. And eventually as an investment. So she did a lot of research and spent $2,000 on a single Bitcoin.

The single Bitcoin she bought covered her tuition, books and lab fees. And it a way it changed her life. She’s still buying Bitcoin, still excited by its potential.

“Sometimes when you’re young a new technology can really excite you and can really shape your future and the way you look at the world,” she says. “I think that was the case for me and Bitcoin. It’s definitely made me more optimistic, definitely given me a lot of things to look forward to, especially in a time when things can seem so lonely and dreary.”

There’s a phrase for people who are all in on Bitcoin, not just to get rich, but as a revolutionary breakthrough. They’re called Bitcoin maximalists. George Mekhail is one of them.

Mekhail is a mortgage professional by day and the co-author of a book called “Thank God for Bitcoin” on the moral case for the cryptocurrency.

He started buying Bitcoin in 2017 and has continued buying and holding ever since.

Here’s the maximalist case for Bitcoin: The cryptocurrency is free of politics, significant at a time when so many people mistrust the competence and intentions of government. It’s not controlled by central banks or leaders craving popular approval. Bitcoin is borderless. Bitcoin can’t be counterfeited, spent twice.

And here’s what might be the biggest argument of all on behalf of Bitcoin: The way it’s designed, only 21 million Bitcoins will ever exist. So, like gold, it is finite, which makes it a hedge against inflation. In contrast, the maximalist argument goes, governments can print endless amounts of money. So scarcity will keep Bitcoin valuable. There’s only so much of it.

Here’s the more expedient case for Bitcoin: FOMO, fear or missing out. From professional traders to ordinary people buying fractions of Bitcoin on apps like Robinhood, buzzy momentum has propelled Bitcoin into the stratosphere. Its price has appreciated more than 440% from a year ago. That’s why you might be…

Read More:Bitcoin: Mother Of All Bubbles, Or Revolutionary Breakthrough

Coinbase CEO Says Listing Is a ‘Shift in Legitimacy’ for Crypto

Current Bitcoin Rally Won’t Get ‘Stuck’ Like In 2019 – ValueWalk

Cryptocurrency market in Singapore small compared with stocks and bonds: