The murder of George Floyd last May ignited many things in the United States last year — one of which that was perhaps unexpected: a rise in the number of digital banks targeting the Black community.

Some members of the Black community took their belief that big banks are not meeting their needs and turned them into startup concepts.

One of those startups, First Boulevard (formerly called Tenth), has just raised $5 million in seed funding from Barclays, Anthemis and a group of angel investors such as actress Gabrielle Union, Union Square Ventures John Buttrick and AutoZone CFO Jamere Jackson.

For co-founder and CEO Donald Hawkins, the genesis for the Overland, Kansas-bank came after Floyd’s murder, when he and friend Asya Bradley were talking about what they felt Black America “really needed to get out of a vicious cycle” of dealing with the same issues with no real solutions in sight. 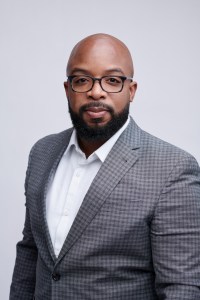 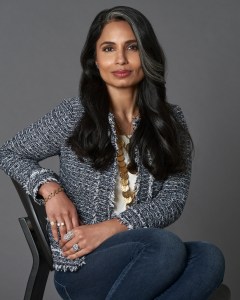 “After viewing yet another tragedy engulf the Black community, and the all-too-familiar protests against persisting issues,” Hawkins said. “it was beyond clear to me that the solutions Black America needs must be financially-focused and developed within our community.”

The pair both had fintech experience. Hawkins had founded Griffin Technologies, a company focused on providing real-time, contextual intelligence to community banks and credit unions. And Bradley most recently was a founding team member and head of revenue at Synapse, a platform that built banking-as-a-service APIs to help bank the unbanked of America by connecting fintech platforms to banking institutions.

They discovered that there were only about 19 Black banks in the U.S., collectively holding about $5 billion in assets.

“And their technology was really behind the times,” Hawkins said. “We also took a hard look at some of the existing digital banks to really see who was really going about it  in the same way that we felt like America needed, and it was pretty clear at that point, that no one was really attacking the issue of helping Black America build some level of financial stability through the form of wealth-building play.”

The pair formed First Boulevard last August under the premise that Black Americans are “massively underserved consumers” of financial products and services despite having a collective spending power of $1.4 trillion annually. The startup’s mission is to empower Black Americans “ to take control of their finances, build wealth and reinvest in the Black economy” via a digitally-native platform. First Boulevard has 100,000 people on its waitlist currently.

Part of its goal with the new capital involves building out a Black business marketplace, which will give its members Cash Back for Buying Black™. It also plans to use the money to expand its team, increase its customer base and grow its platform to offer fee-free debit cards, financial education and on developing technology to help members automate their saving and wealth building goals.

“History has proven that oppressed communities can succeed when their finances are centralized, and when it comes to financial services for the Black community, a centralizing force is long overdue,” Hawkins said.

The bank’s Cash Back for Buying Black™ program helps members earn up to 15% cashback when they spend money at black-owned businesses.

“I believe the most recent stat but that also was that 41% of black owned businesses have closed since COVID-19 started,” Hawkins said. “We want to support them as much as we can.”

First Boulevard also is focused on passively building wealth for its communities.

“Black America as a whole has been blocked from learning how money works. We want to connect our members to wealth-building assets such as micro investments like money market accounts, high yield savings and cryptocurrency — things that Black America has largely been blocked from,” Hawkins said.

Nvidia Risks a Reckoning by Catering to Crypto Miners