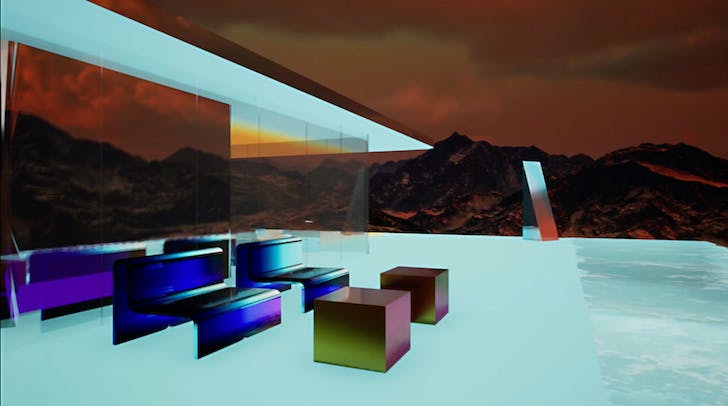 In the midst of a media cycle dominated by the ongoing pandemic, last week’s news that Christie’s sale of artist Beeple’s Everdays for a staggering $69 million made its way into national headlines. A rarity for any art event even in normal times. This served as a watershed moment for the growing online community of crypto collectors, whose use of blockchain technology and platforms like SuperRare to acquire digital art sold as Non-Fungible Tokens (or NFTs for short) has shaken up art sales in ways that are only now starting to become clear.

The sale and issue of artworks based around these new technologies has created a market for art and art collectors not traditionally represented in the industrial ecosystem of galleries, auction houses, institutional buyers and advisory firms.

Many in the boom herald its ascendence as an “evolution” in artistic practice, echoing some of the language used in the industries they have predominantly earned their money in over the past decade plus. Kept out of the rigid social structure in the art world that dictates who buys art historically, collectors of NFT-based art feel they have subverted this system in a way that is, at the same time, opening doors to artists like Beeple and others who were previously limited by the “gatekeepers” of the highly-stratified professional class.

Now even some of those old school entities like Christie’s and Sotheby’s are cashing in on the trend in a move their detractors view as a transparent effort to wrest control of the industry back into the hands of institutions and a monied elite. However, many gallerists, curators, museum directors and traditional kinds of collectors are decrying the movement as being populated by the socially unacceptable, widening inequality even further, and, in the end, accelerating a trend for art to be sold into private hands without even a modicum of motivation to be anything other than decorative, amoral and anti-intellectual.

While the discussion surrounding NFT art is clearly centered around the politics and economics of who gets to buy it, it has created a place for artists to explore a medium not previously regarded for its potential and artistic merits. To those who see the opportunity for artists using blockchain, the next logical step might be to speculate over NFTs spillover into architecture and the ramifications that its application could have for the design world in years to come.

Architecture was already facing major changes as an industry after Covid, but what kind of impact will this pop-up trend have on the field, which lacks the investment, commercial infrastructure and product base available to artists and their patrons driving the boom that has captured the attention of so many in the fine arts industry.

First of all, there are different types of NFTs being offered by designers and architects, like this house by Krista Kim, an artist who worked through the pandemic to make the $59,000 (30 Ethereum tokens) sims-like house that, she says, will serve as a springboard for her real-world furniture that she hopes to sell in the near future. We’ll have to wait on Kim’s prophecy of an augmented reality in which we live through personalized avatars in digital dwellings similar to her Mars House, but in the meantime, the next and most obvious application of the NFT seems to be furniture: like Andrés Reisinger’s 10-piece set of virtual furniture that hammered at $450,000 via the online platform Nifty Gateway, a three-year-old marketplace that offers buyers different “drops” similar to various Millennial-centric streetwear lines like Supreme and Palace.

Read More:How Will Architecture be Affected by the Rise of Blockchain Technologies like

Leaders in Cryptocurrency Industry Move to Curb the Highest-Risk Trades

Sports & digital Yuan not to be clubbed with politics, China stuns US Senators

Revealed: the people who signed up to the Magacoin Trump cryptocurrency

Crypto Dev Thrown in Jail for Checking His Coinbase Account

Analysis: The US just called out China for hacking. Here’s what you need to