But the firm’s stock price has fallen significantly since it peaked in early February. Data from Nasdaq shows that MSTR closed on February 9 at $1,272.94, having hit an all-time trading session high of $1,315.

The MSTR stock price closed at $645.66 Thursday. That represents a decline of 50.9% from the February 9 trading high and a 49.2% decline from the closing price that day.

The chart below illustrates MSTR’s decline from the high: 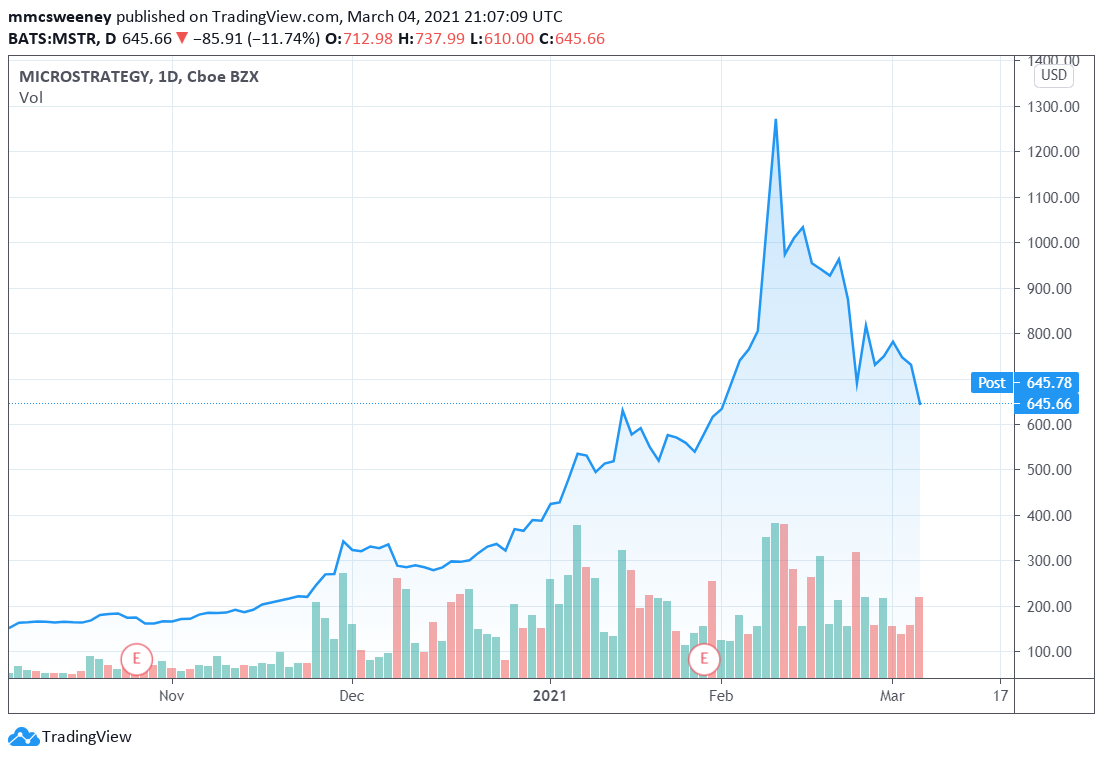 According to data collected by The Block, MicroStrategy’s total bitcoin holdings stand at 90,859 BTC — an amount worth $4.36 billion.

Read More:MicroStrategy’s stock closes more than 50% down from its all-time trading high

How to Make as Much as $80,800 in Profits From Your Bitcoin Investment Tax-Free