As the price of Bitcoin (BTC) breaks past $11,100 on Sep. 19, whale activities and Bakkt’s all-time high volume suggests strengthening momentum.

The Bitcoin whale activity and Bakkt’s record volume suggest that both whales and institutions could be accumulating BTC.

Bitcoin continues to retest $11,000 as market data hint at an optimistic trend

Whales and institutions have an immense impact on the Bitcoin price because of the sizes of their trades.

Considering the reduced risk of large sell orders, the declining appetite of whales to sell BTC is a positive factor. Ki said:

The data CryptoQuant is referring to is a broad reserve of Bitcoin holdings of whales on exchanges. There are some whales that are selling at the current prices, as Cointelegraph previously reported. But the data shows that the majority of whales prefer not to sell at $11,000.

The optimistic activity of whales coincides with a clear spike in institutional demand for Bitcoin on Bakkt. 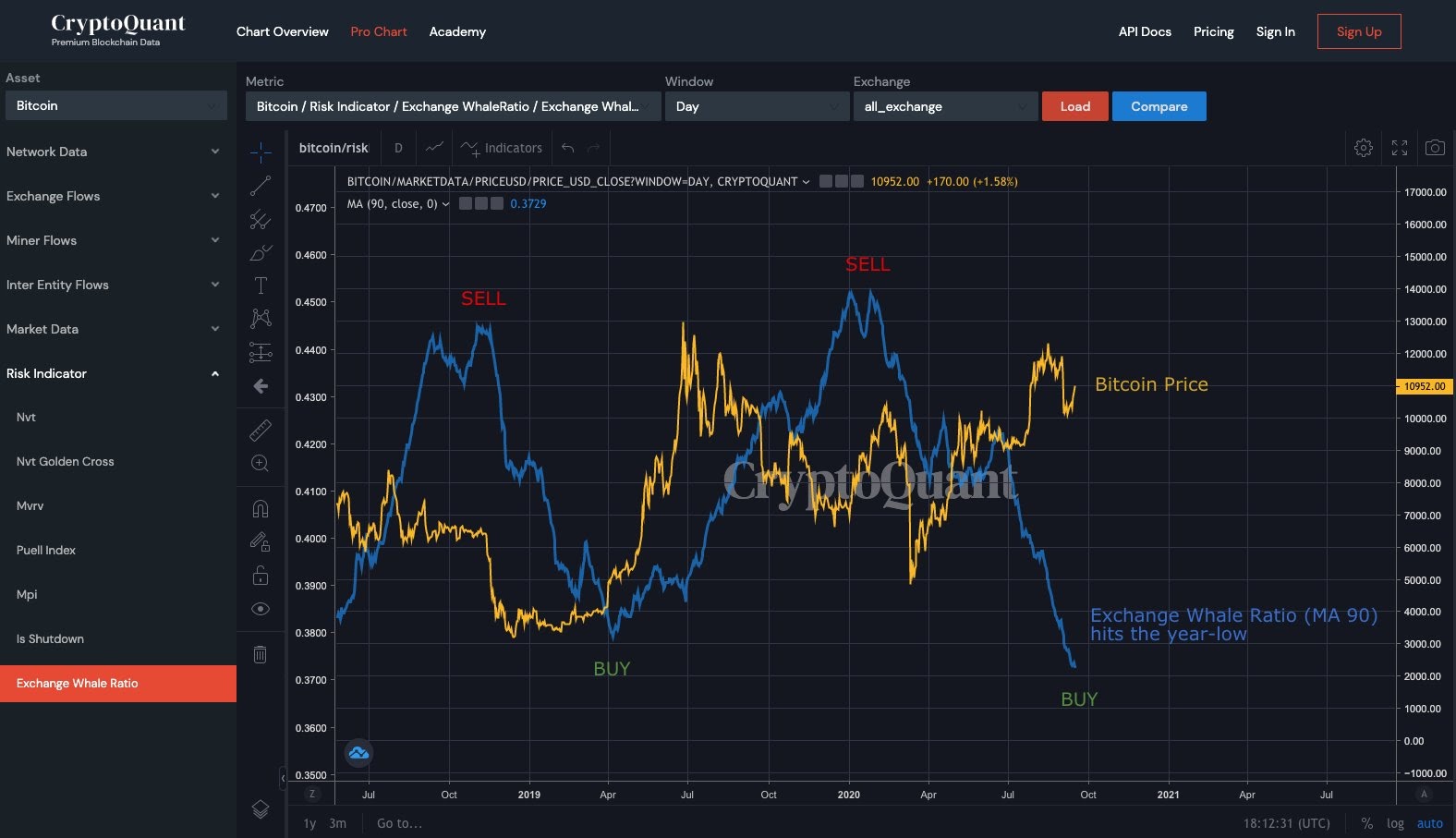 According to Arcane Research and Skew, Bakkt reached a new all-time high daily volume on Sep. 15., the majority of which was physically-settled. It comes merely 24 hours after MicroStrategy purchased an additional $175 million worth of BTC.

The timing of the Bakkt’s Bitcoin futures market volume upsurge is worth noting because it closely follows MicroStrategy’s bulk purchase. 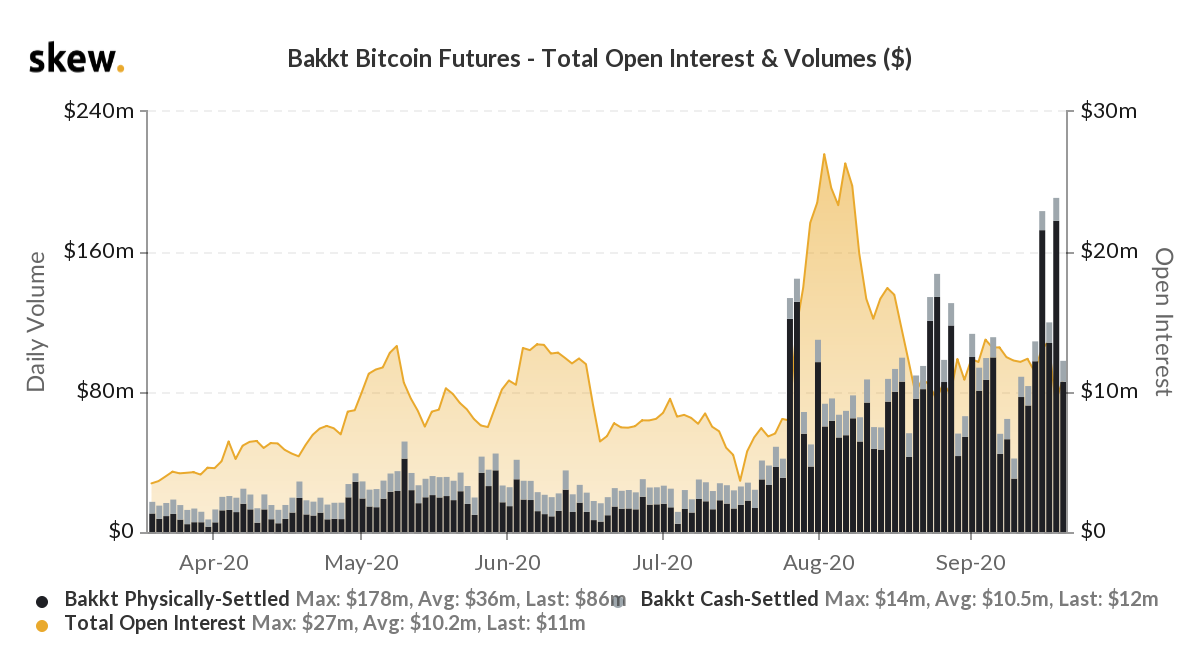 Based on the data, an argument could be made that some institutions are possibly acquiring BTC after MicroStrategy’s high-profile investment, particularly as some popular pricing models suggest undervaluation at current levels. Analysts at Arcane Research wrote:

“Another day, another all-time high on Bakkt with upwards trend After a new ATH daily volume on Tuesday, yesterday’s volume pushed even higher on the institutional-focused Bitcoin futures platform.”

Four days after Bakkt saw a record volume and the whale activity on exchanges declined, BTC rose from $10,800 to $11,100.

What is next in the near term?

Some traders say that atop the accumulation from institutions and whales, a profit-taking rally might be taking place.

In recent months, the decentralized finance (DeFi) market outperformed major cryptocurrencies, like Bitcoin and Ether (ETH). Following the strong performances of DeFi tokens, investors might be cycling the profits back to BTC and stablecoins. 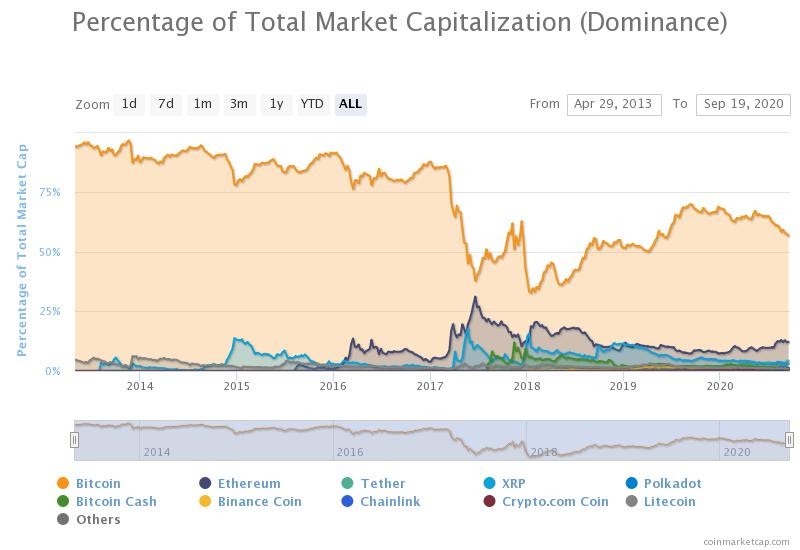 If the ongoing trend continues, DeFi tokens could continue to underperform against BTC in the near term. At least in the foreseeable future, that could strengthen the upsurge of BTC, whose dominance index has slumped to yearly lows in recent months.