Palm Beach Confidential is a cryptocurrency service and platform that recommends investors to buy coins with a market cap lower than $1 billion. According to the website:

Teeka Tiwari is widely considered one of the premier crypto analysts in the world and uses a strategy called “asymmetric investing,” which allows you to turn small sums of money into life-changing gains. Teeka’s successfully used this strategy to create one of the best cryptocurrency portfolios in the world.

Teeka Tiwari is the Palm Beach Research Group editor, notorious for his sketchy picks in the past. The Palm Beach Confidential service is not free. In fact, it costs $5,000 for a subscription.

In the latest report released by Tiwari, a few quite big cryptocurrencies are mentioned starting with Maker. Tiwari states that MKR was already recommended in March 2019 and expects it to reach $6,600 eventually.

If you don’t own MKR, I suggest you add it to your portfolio today. As always, place no more than $200–400 for smaller accounts and $500–1,000 for larger accounts into this trade. And if you already own MKR, consider buying more (if appropriate for you) to bring your costbasis down.

Enjin Coin is highlighted because the video game market is expanding fast and growing from $50 billion to $200 billion in the last five years, according to the report. Enjin Coin is token used primarily in video games as it has the ability to represent virtual non-fungible goods. Numeraire was only briefly mentioned telling investors to hold NMR for now.

Who is Teeka Tiwari?

Teeka Tiwari is infamous for his links to Pump and Dump groups and projects. Plenty of past customers complain about Palm Beach Confidential and Teeka, stating that they are ‘scammers.’ One of the biggest scandals came from a recommendation to buy TNT in May 2019. 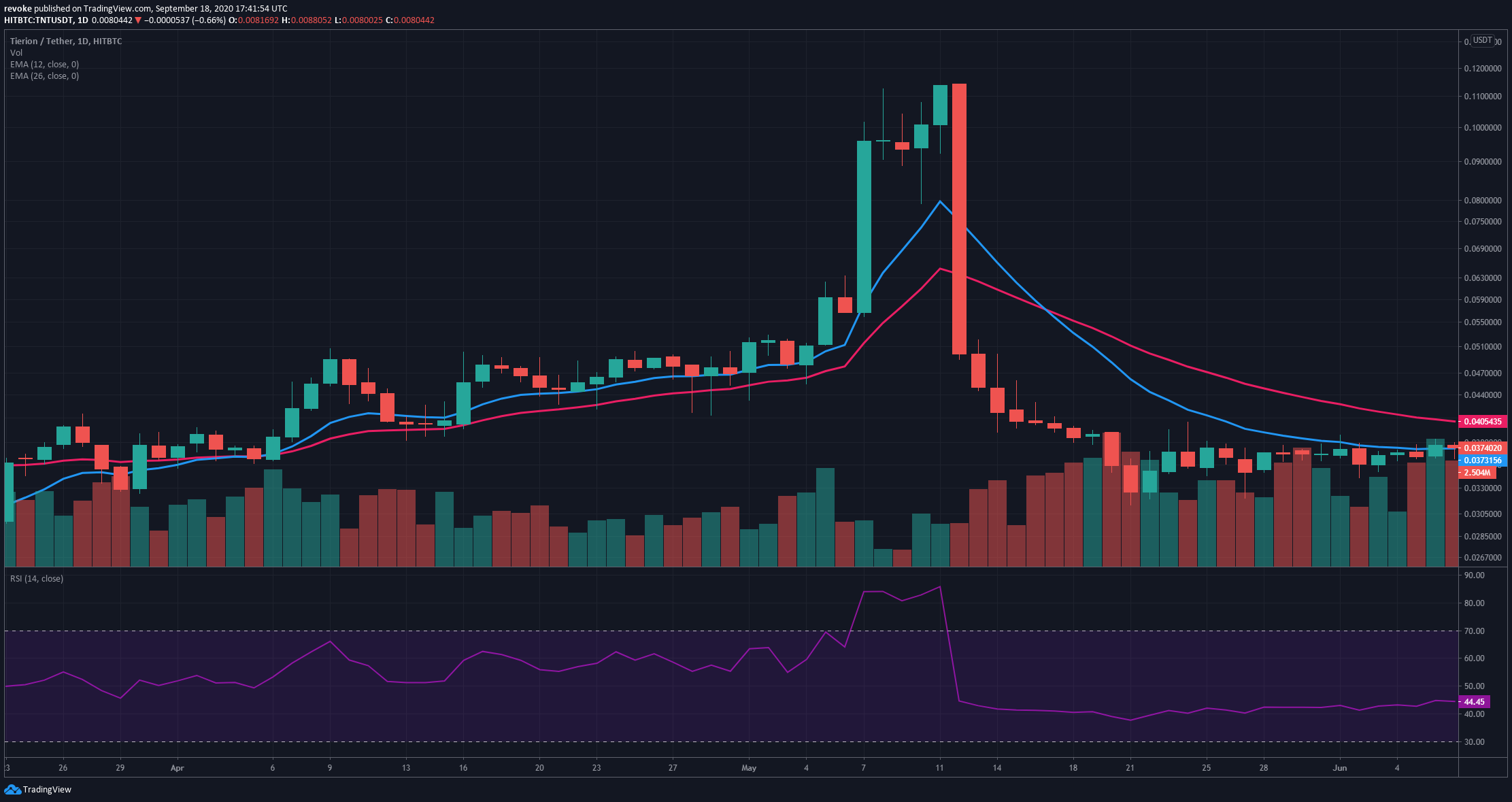 The digital asset was trading as high as $0.1143 on May 12 just before an official announcement from Tiwari, and Palm Beach told investors to exit TNT. This post caused TNT to plummet 56% in only one day, going from $0.114 to $0.0498 and experiencing further losses to $0.031 weeks later. What’s really interesting is the 69% spike that TNT experienced before after Palm Beach announced it as a ‘phenomenon play’ on May 7.

Maker is currently trading at $486 while the report states investors can buy it up to $800 without a stop loss. We have recently covered Maker and its price outlook in this article.

The IOMAP chart seems to support this theory as there is a sturdy support level at $0.157 but not a lot of resistance to the upside well until $0.181. On the other hand, if this massive support level were to break, ENJ could easily slip towards the last low at $0.137

NMR had a colossal 200% spike on August 12 and another one on August 27 following the listing on Coinbase and Binance. Unfortunately, the run was short-lived as the digital asset is already down 55% from its peak, trading at $30.85. The Palm Beach Confidential report only advises investors to hold NMR.