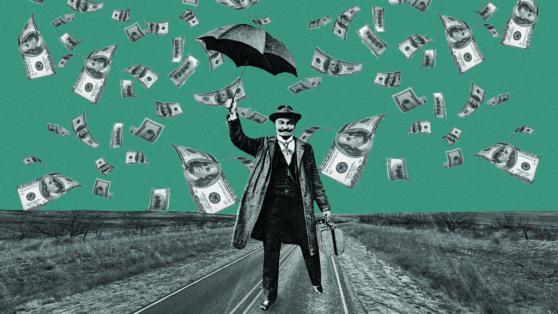 Tether, the world’s largest stablecoin with a market capitalization of over $60 billion has just printed 1,000,000,000 USDT. To the wider financial community, it may appear that this money has been minted out of thin air.

A Twitter account known as Mr. Whale made a tweet on the 24th of May, 2021 indicating the parties involved and the value of the transaction minted in USDT.

This comes at a time when Tether has been plagued by legal issues questioning whether the asset is truly backed by the dollar or not. Demand for the stable coin has reached an all-time high as shown by the recent spike in market value for Tether.

After the information trickled to the mainstream media, it triggered uproar from financial enthusiasts and sparked claims that Tether is merely printing money from thin air.

Speculation abounds concerning the recent move by Tether to mint 1,000,000,000 USTD, some claiming it is a ploy to salvage the dwindling values of as Bitcoin climbed by as much as 3% after the move.

As a stablecoin, Tether is pegged at a ratio of 1:1 with the US dollar and is expected to be backed by funds to match their distribution. However, a wave of legal troubles has revealed that Tether’s claim of being 100% backed in cash was false and an investigation revealed that only 3.87% is backed in cash.

Tether revealed that a bulk of its reserves are in commercial paper, fiduciary deposits, loans, and corporate bonds, etc. These legal travails cast a large shadow of doubt on the stablecoin, painting the picture that Tether is printing cash from thin air although Tether claims that the asset is fully backed by reserves.

Tether is one of the most liquid cryptocurrencies in existence and has, in the last 24 hours, experienced a daily volume of $146.63 billion, compared to Bitcoin and Ethereum with daily volumes of $60.4 billion and $51.91 billion respectively.

Tether holds the record as the fastest company in history to reach a valuation of $50 billion after it achieved the feat in less than 2 years. In comparison, it took Amazon (NASDAQ:) and Tesla (NASDAQ:) 16 years to achieve the same valuation of 50 billion.

Join to get the flipside of crypto

Upgrade your inbox and get our DailyCoin editors’ picks 1x a week delivered straight to your inbox.

[contact-form-7 404 "Not Found"]
You can always unsubscribe with just 1 click.

Disclaimer: Fusion Media would like to remind you that the data contained in this website is not necessarily real-time nor accurate. All CFDs (stocks, indexes, futures) and Forex prices are not provided by exchanges but rather by market makers, and so prices may not be accurate and may differ…