The Tezos price had a 20% correction down to $5.37 but has recovered well and is poised for a new leg up after defending a crucial support level. The digital asset remains in price discovery mode after establishing a new all-time high of $6.8 on April 6.

On the 4-hour chart, the Tezos price held above the 50 SMA support level at $5.4, and it is trading at $5.92 at the time of writing. The strongest resistance point in the short term is located at $6, a psychological level, and the 78.6% Fibonacci retracement level. 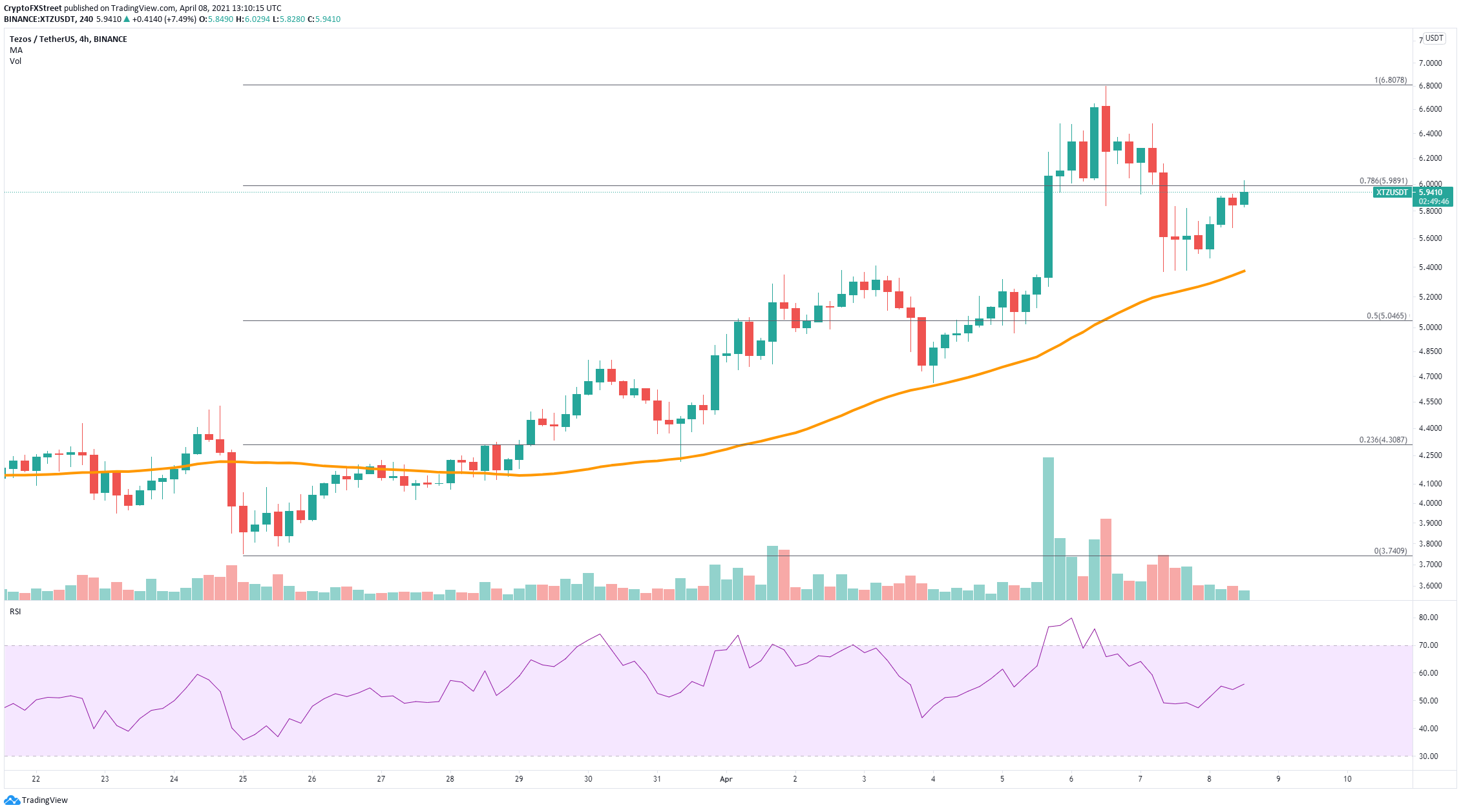 A breakout above $6 should quickly drive the Tezos price toward the previous all-time high of $6.8. The RSI has cooled off significantly, which will allow bulls to push XTZ easily to new all-time highs. 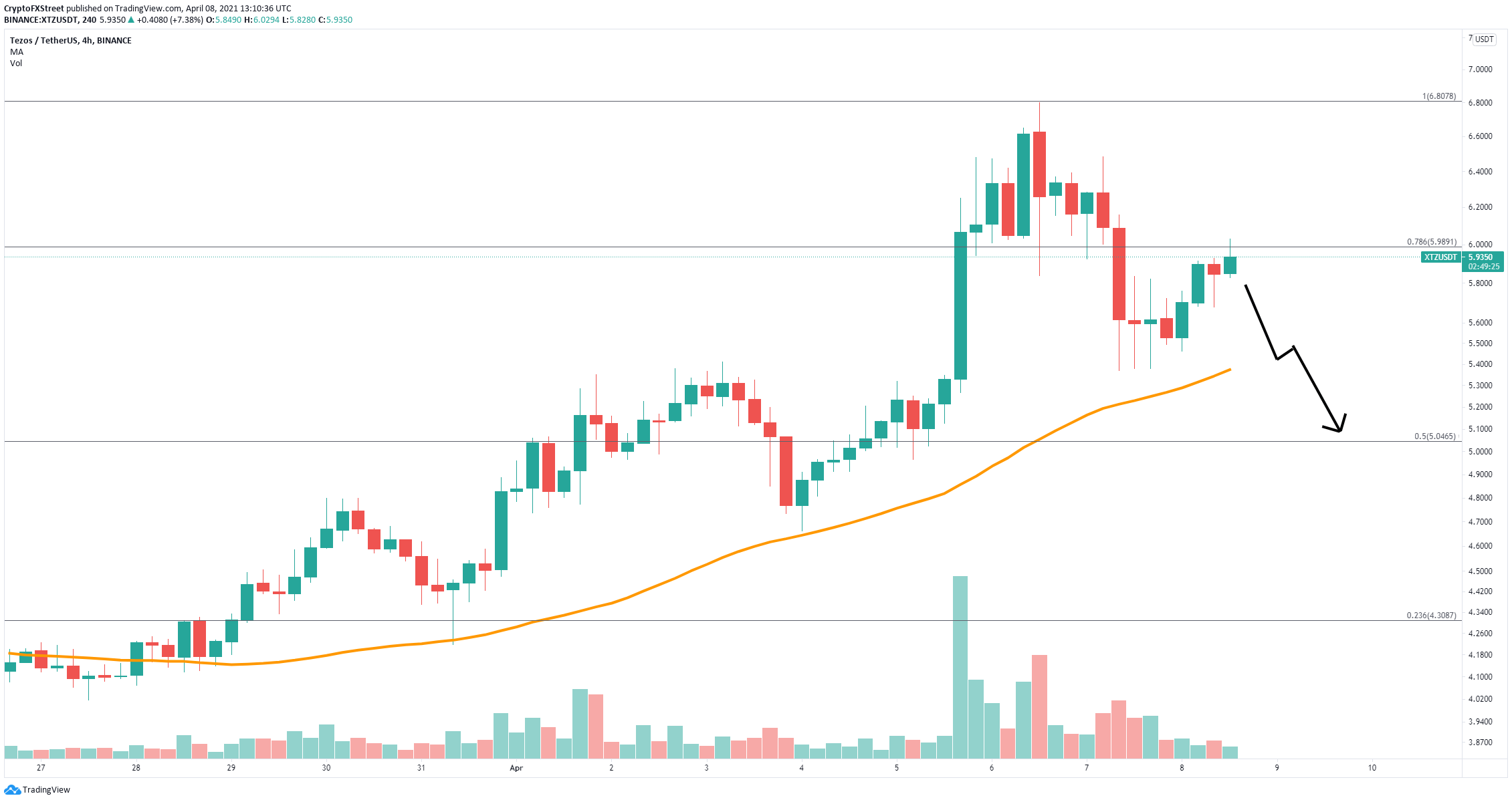 At the same time, a rejection from the key level at $6 will push the Tezos price down to the 50 SMA at $5.4, which also coincides with several lows formed on April 7.  A breakdown below this point has a price target of $5, a psychological level, and the 50% Fibonacci retracement point.

Tezos Cryptocurrency Goes Slides By 10% In The Last 24 Hours