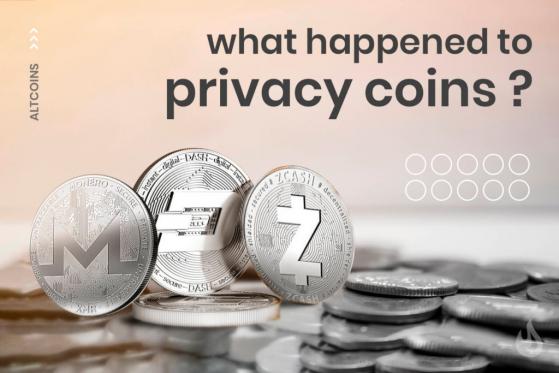 Privacy coins are coins that let users gain total anonymity during blockchain transactions. The origins and the parties in the transactions are completely untraceable.

Around the world, there are 63 privacy coins being traded today, but the future does not look bright for private tokens as they currently face delistings from top cryptocurrency exchanges around the world. The Shapeshift exchange recently announced that it has delisted Monero, Zcash, and Dash while Bithumb also delisted Monero.

The rise of regulatory pressure from authorities is the leading cause of the travails faced by privacy coins.

Delisting of privacy coins has become a worldwide trend with several cryptocurrency exchanges removing these coins from their platforms. When Shapeshift, a Colorado-based cryptocurrency exchange, delisted Zcash, Monero, and Dash from its platform, Chief Legal Officer Veronica McGregor explained in an interview with Coindesk, “We’ve taken down the privacy coins because of regulatory concerns.

In response, Dash argued that it is not a privacy coin and its “privacy functionality is no greater than Bitcoin’s, making the label of privacy coin a misnomer for Dash.” Dash was formerly called Darkcoin, and its selling point was the total anonymity it offered users.

The delisting by Bittrex is another big blow for privacy coins that once held great promise for the future of cryptocurrencies.

Reasons for Delistings
These privacy features are in conflict with pre-existing anti-money-laundering laws and “know your client” (KYC) regulations.

Money laundering is a major challenge around the world, and regulators clearly believe that bans and the delisting of privacy coins are their best weapons to combat this scourge.

However, all hope is not lost for privacy coins as Perkins Coie, a US-based law firm, released a report on how privacy coins can become compliant with anti-money laundering regulations.

Disclaimer: Fusion Media would like to remind you that the data contained in this website is not necessarily real-time nor accurate. All CFDs (stocks, indexes, futures) and Forex prices are not provided by exchanges but rather by market makers, and so prices may not be accurate and may differ from the actual market price, meaning prices are indicative and not appropriate for trading purposes. Therefore Fusion Media doesn`t bear any responsibility for any trading losses you might incur as a result of using…